Treacher Collins syndrome (also called mandibulofacial dysostosis and Franceschetti Syndrome) is a highly complex disease process. The basic etiology is unknown, but it is generally thought to be inherited as an autosomal dominant trait with variable penetrance. It is characterized by hypoplasia of the facial bones, especially the zygoma and the mandible. Facial clefting causes this hypoplastic appearance, with possible deformities or deficiencies of the ear, orbital, midface, and lower jaw regions. The clinical appearance is a result of the zygoma (malar bone) failing to fuse with the maxilla, frontal, and temporal bones. Highly variant degrees of involvement (complete, incomplete, and abortive forms) can be seen, but common facial features may include: 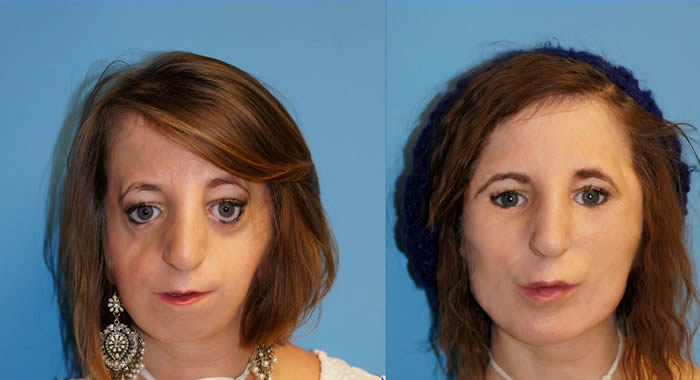 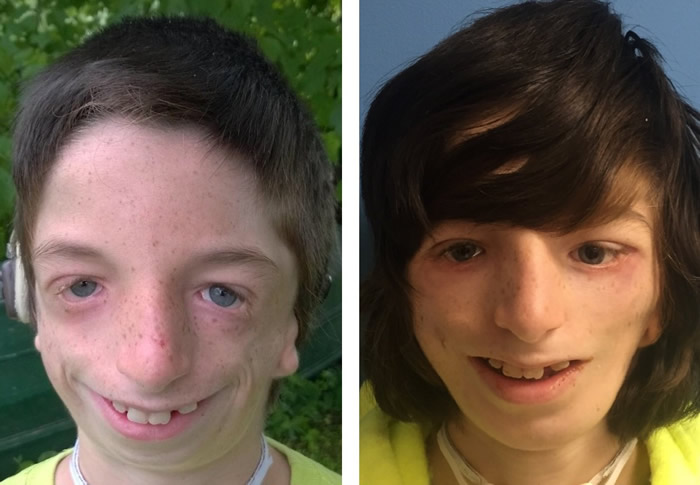 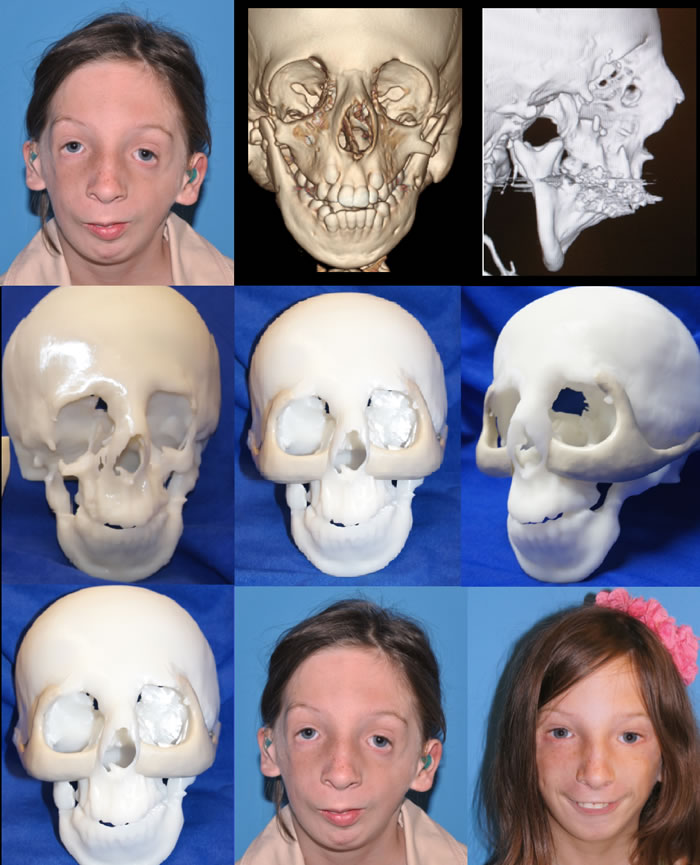 The craniofacial team’s geneticist should evaluate all Treacher Collins patients and their families to determine if the disease has been caused by inheritance of a family trait or as the result of a spontaneous gene mutation. If the disease has been inherited by one child in a family, there is a 50% chance that the parents will give birth to another involved child. If neither parents nor other family members are affected and a child is born with the condition, then a mutation has occurred. There is a 50% chance that this child will pass the trait on to future generations. Fortunately, genetic advances and careful prenatal screening have made Treacher Collins syndrome extremely rare. 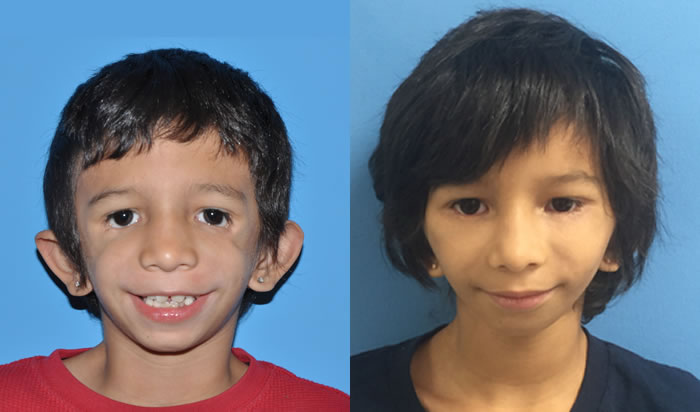 There is no one single treatment plan for children with Treacher Collins. The different areas affected can vary tremendously in severity between patients. Therefore it is crucial that the treatment plans be customized for each patient. Treatment of the hard and soft tissues of the face can require a number of staged surgical interventions to achieve the best results. An organized treatment plan can minimize the number of stages to reach the best outcome. Distraction osteogenesis combined with 3-D computer technology including virtual surgical planning and custom printed implants have allowed major advances in the treatment of this complex syndrome. See Dr. Sargent’s results with the use of this new technology.

Multi-stage ear reconstruction follows at about 5-7 years of age. Correcting the lower face and jaws involves close coordination between the craniofacial surgeon and the pedodontist/orthodontist, with orthodontic intervention beginning with the eruption of the patient’s permanent teeth. After the teeth are aligned to their proper axis (or as closely as is possible), treatment of the lower face then involves orthognathic surgery to reposition the mandible and the maxilla, usually done during the patient’s teen years. This can be a one- or two-step procedure. The combined procedure involves rotating the midfacial segment around a transverse axis at the frontonasal angle (for severe maxillary hypoplasia) and lengethening the mandibular ramus. For less severe cases, a LeFort I type osteotomy technique is used to lower the maxillary tuberosities along with the ramus lengthening procedure for the mandible. As the child’s face continues to grow, additional procedures may be required to correct any developing deformities. Complimentary procedures such as rib cartilage grafts on the zygoma, closure of macrostomia, and secondary genioplasties are performed according to individual cases. A well-planned treatment regimen can produce excellent results with the ultimate goal being the complete restoration of form and function, thus enabling the patient to adapt to a “normal” way of life. 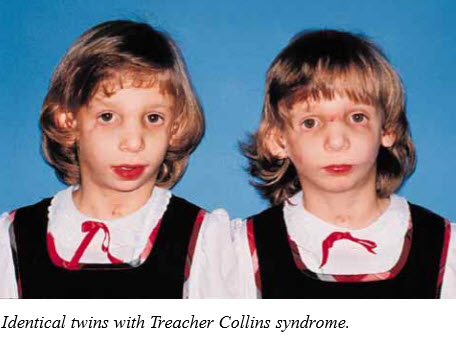