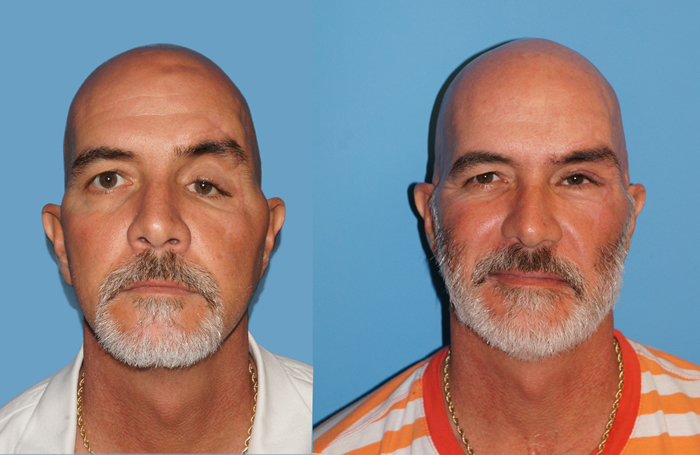 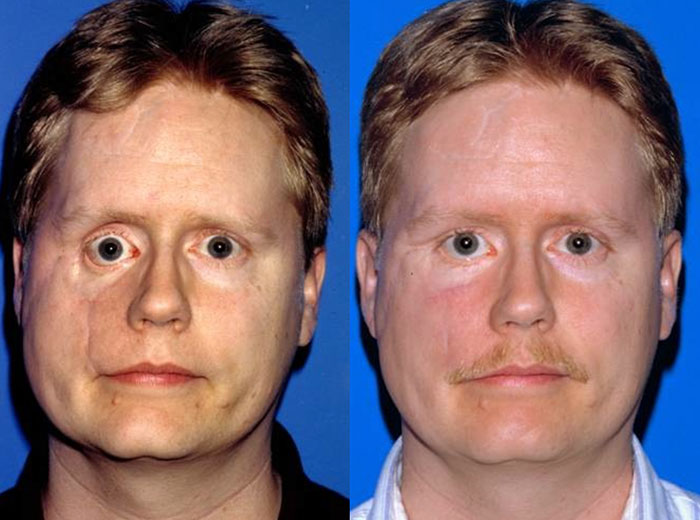 Exophthalmos is an abnormal prominence or protrusion of the eyeball, most frequently seen in patients with Grave’s disease (hyperthyroidism). As with enophthalmos, surgical correction is frequently necessary to achieve the desired aesthetic result. The extent of the deformity dictates the surgeon’s choice of treatment options. Although severe exophthalmos may present as a surgical emergency in which vision is threatened, moderate exophthalmos can also be distressing to the patient — the wide-eyed stare, lid retraction, and proptosis are at best unsightly and at worst psychologically handicapping. By utilizing craniofacial approaches and techniques, excellent aesthetic results can be safely obtained. Mild to moderate cases are repaired by removing the floor and lateral wall of the orbit to allow for tissue decompression (removing compressive pressure on the eyeball itself), while severe cases necessitate a more aggressive approach including multi-wall (lateral, medial, and inferior) orbital osteotomies. This functionally enlarges the bony orbit, allowing the globe to assume a more normal posterior position.