There has been a significant increase in the past several years of infants referred for evaluation of occipital deformities. This increase in occurrence of posterior skull deformities appears to be related to the 1992 recommendation for supine sleep positioning by The American Academy of Pediatrics to avoid Sudden Infant Death Syndrome. Occiput deformities can be divided into lambdoid synostosis and deformational or positional plagiocephaly. The lambdoid suture is a paired structure that transverses in a symmetric fashion across the posterior aspect of the skull. Premature fusion or synostosis of this suture is extremely rare but may be unilateral or bilateral. Most deformities of the posterior skull are positional deformations. 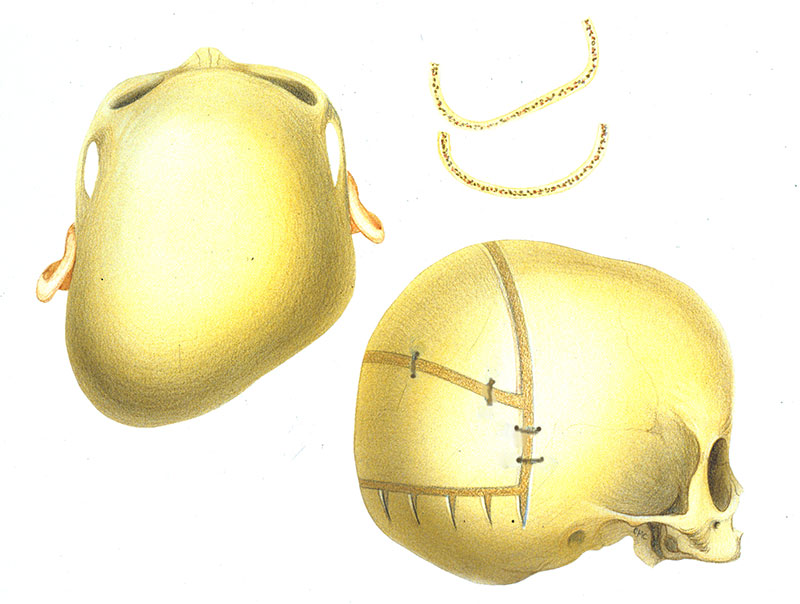 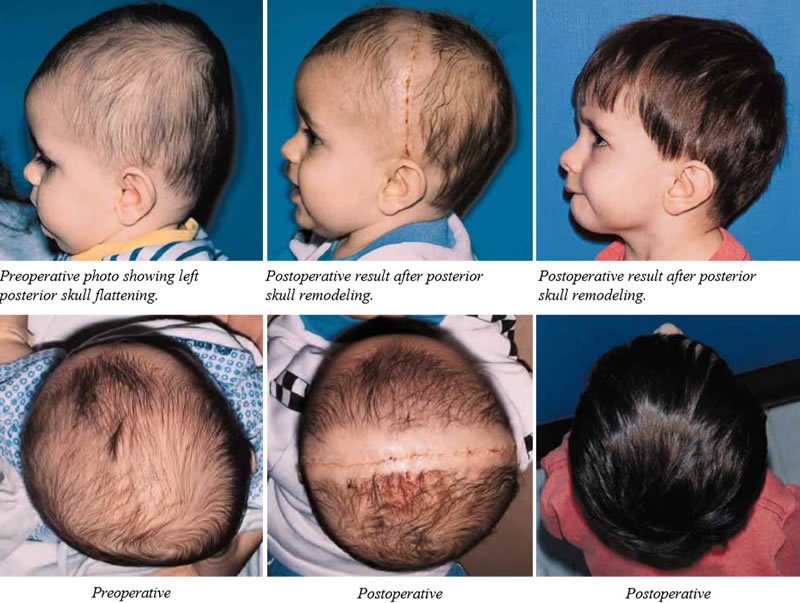 Occipital plagiocephaly without synostosis must be distinguished from lambdoid synostosis. Most patients referred to our center for posterior skull deformities are deformational or positional plagiocephaly. In these infants, the skull becomes misshaped from repeated pressure on the same position, without the premature fusion of the lambdoid suture. Positional plagiocephaly usually improves without surgery. Once the child’s sleep patterns change and he spends more time awake, the brain’s normal growth forces help to reshape the posterior skull.