Larry A. Sargent, MD is a native of Atlanta, GA where he excelled in both academics and athletics growing up. He was the recipient of a Bobby Dodd Scholarship to the Georgia Institute of Technology, where he studied mathematics and played baseball. Upon graduating Georgia Tech, he attended medical school at Emory University School of Medicine graduating in 1977. He completed General Surgery and Plastic Surgery training at Johns Hopkins Hospital in Baltimore, Maryland. While at Johns Hopkins he studied Craniofacial Surgery under Dr. Paul Manson and then furthered his education under Dr. Paul Tessier in Paris, France.

Dr. Sargent served four years in the U.S. Army at The Walter Reed Army Medical Center in Washington, D.C. There he trained military plastic surgeons and was on faculty at Uniformed Services University of the Health Sciences from 1983-1987. He was Chief of the Craniofacial Service and started the first U.S. Military Craniofacial Center in the country, serving all branches of the Armed Forces. For his service, he was a recipient of the Army Commendation Medal for Distinguished Service. In addition, Dr. Sargent spent several years at The Walter Reed Army Institute of Research studying experimental bone healing. He pioneered the study of experimental sternal bone healing in the baboon model, leading to his design of the first sternal plating system. Dr. Sargent has been instrumental in the design and improvement of maxillofacial plating systems, and designed a plate used around the country for treatment of orbital fractures.

Dr. Sargent was recruited to Chattanooga and the University of Tennessee 29 years ago. He has been Professor and Chairman of the Department of Plastic Surgery at the UT College of Medicine for the past 20 years and is the senior partner of The Plastic Surgery Group. He has been Program Director of an outstanding Plastic Surgery Residency for 18 years, and under his leadership has graduated 42 board certified plastic surgeons.

Dr. Sargent is internationally renowned as a leader in craniofacial surgery, maxillofacial trauma, and has a special interest and expertise in cosmetic surgery. He has given over 160 presentations worldwide, authored over 100 publications and written several books. He has written invited papers describing his innovative techniques that have been featured in leading plastic surgery journals, as well as appearing on the cover.

Dr. Sargent’s mission work has been featured in award winning documentaries on TLC, Discovery Channel, and National Geographic channels internationally. He has appeared on the Emmy Award winning and nationally syndicated show The Doctors, discussing his innovative techniques in craniofacial surgery. Dr. Sargent has dedicated his career to the treatment of children with facial deformities and has led numerous mission trips around the world.

Dr. Sargent has distinguished himself as an academician, educator, and one of the most prominent craniofacial surgeons in the nation. His skill as a surgeon and technical excellence of his results are acknowledged universally among plastic surgeons and serve as a standard for his profession. For this Dr. Sargent was inducted into The Johns Hopkins University Society of Scholars in 2002, the highest honor a postdoctoral alumni can receive.

In January 2016 Dr. Sargent received the high honor of the Lifetime Achievement Award from the Erlanger/UT Health System Foundation. This honored Dr. Sargent for his commitment to improving the health of our region by contributing a lifetime of medical benefits to the community. This award encompasses the recipients unquestionable character and commitment to the healing mission and values of Erlanger/University of Tennessee.

Dr. Sargent is excited to be practicing in Utah. Call today to schedule an appointment with this experienced and talented surgeon. Click here to read more testimonials about Dr Sargent. 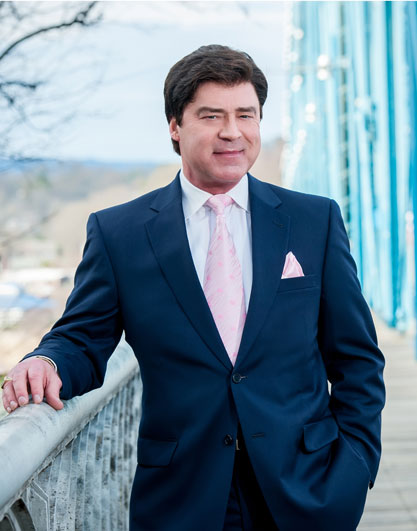