Deformities of the ear occur frequently in newborn infants. A University study revealed that up to 30% of children have some type of ear deformity at birth. Typically, physicians tell parents that these deformities will get better as the child grows older. They reassure the parents by saying that if the ear does not correct itself, then the child can undergo corrective ear surgery to correct the ear when he or she is around 5 years of age.

Early recognition of the ear deformity ensures the greatest prospect of success. Parents need to be alert to the sometimes subtle misshapen ears if this non-surgical approach is to be used early and successfully.

Using these 4 parts, the EarWell System reshapes the cartilage of the deformed ear into the desired curvature of a normal ear. As noted earlier, over 90% of the babies treated with the EarWell Correction System have gotten good to excellent results. See before and after photos on our success stories page, including pictures of rather severe infant ear deformities that have been successfully treated.

The EarWell procedure is completed in just minutes, right in your doctor’s office. After 4 weeks, the ears will be re-shaped. 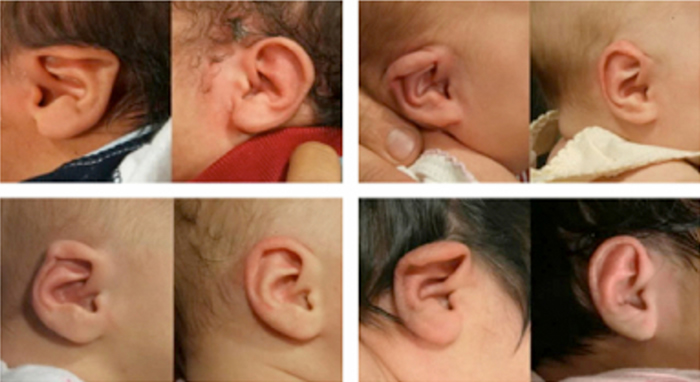